I create art daily, but I also play with goats. 🙂 I have 3 Nigerian Dwarfs and they entertain me every single day with their antics and sweet cuddles. Keeps me sane….This is Chino Bandino….Hope he makes you smile with his gorgeous whiskers!

A portrait of our newest edition to the ranch…Zoey. A colorful goat collage in my Color Fusion style. Enjoy!

Has someone gotten your goat lately?  Where does that saying come from anyway?

Phrase Finder believes that the saying is an American term dating back to the 1900’s and sticks by the “commonly repeated story which purports to explain the phrase’s origin is that goats were placed with racehorses to keep them calm. When ne’er-do-wells who wanted the horse to race badly removed it, i.e. they ‘got someone’s goat’, the horse became unsettled and ran badly.”

Ye Olde English Sayings theorizes that the origins of “getting your goat” is reference to “an old English belief that putting a goat in the barn would have a calming effect on the cows, hence producing more milk. When one wanted to antagonize/terrorize one’s enemy, you would abscond with their goat rendering their milk cows less- to non-productive.”

Either way, the common belief is “goats are the great calmers of nature.”

I just think they are cute. 😉 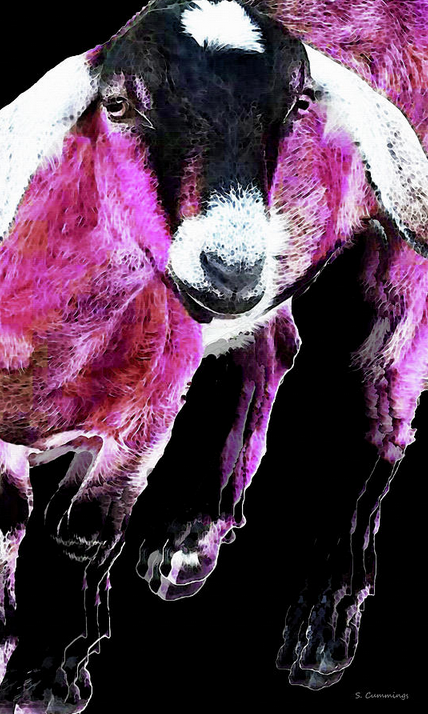 Get Your Goat Here!