From A Painting on Fabric Fused with Design Elements

Peace be with you on this Tuesday…

As many of you know, I love to create maps using my original paintings.  My World maps are extremely popular with my country maps running behind in second.  Sometime last year, I got a special request to produce a map of India. I was delighted to work on this piece because India is a very uniquely shaped country which for an artist keeps it interesting.  I finished the work and listed it on Fine Art America.  It wasn’t long before another artist who was Indian pointed out that I had left off the upper most region.  This region is called Kashmir.

A lot of the maps I looked at before putting mine together left this area off or had it shaded out.  So I left it off too.  However, after consulting with a few Indian friends and my Southeast Asian studies professor husband, I decided to include it in my map.  As you can see, my map clearly shows this highly contentious region.

Two countries would like to see this map changed and it is possible with enough fighting that it will.  As an artist, it is not for me to take sides.  I am not making a statement here.  It is simply for me to create and if change is required in the future, I will do so. 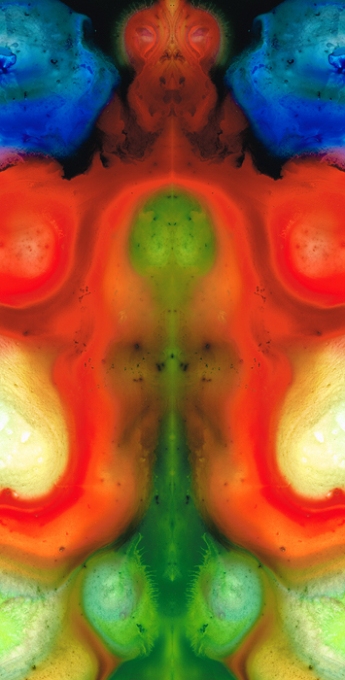 As an artist I often create “pretty” things that people love and buy to decorate their homes.  There is nothing wrong with decorative work and I enjoy making it.  However, in this new series called “The Looking Glass” I am getting in touch with a more visceral side of my being.  I am allowing images to form without thought of decor matching or mass appeal.  I am just “being” and what forms forms.  This painting titled “The Samurai” is very powerful to me.  It evokes strong emotions of strength but also of protection and safety.  I’d like this to hang in my entry way to my home.  The colors and image are strong, but the essence is soft and comforting.  What does he make you feel? 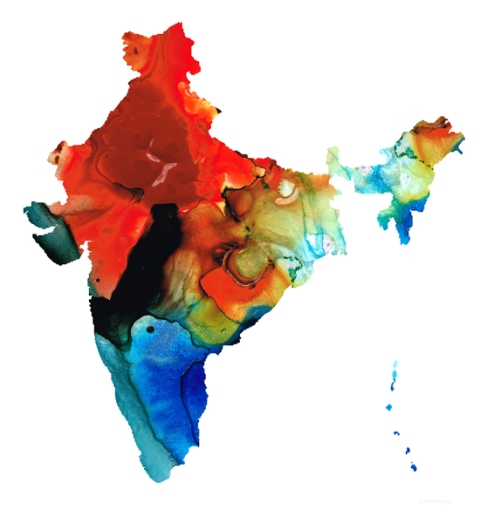 In the wee hours of the morning, I got an email from someone who loved my colorful maps.  They wanted to know if I would create a map of India.  Absolutely!  It only takes me a few hours to work on a piece like this.  I have always loved doing custom work for collectors.  If you see something you like, but you want something a little different.  Just ask!